Premier League heavyweights Liverpool and Arsenal are set to clash at Anfield this weekend. Both sides have history and their clashes are certainly entertaining every time. 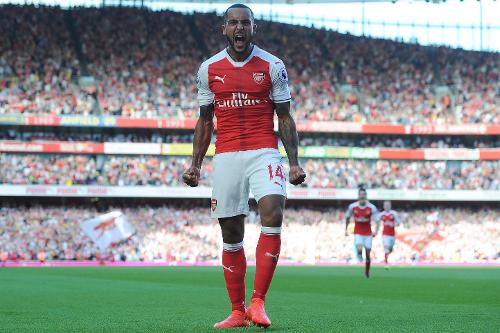 Jurgen Klopp and Arsene Wenger would be gunning for full points after an average start to the new season.

Wenger’s men showed depth and resilience when they fought back Leicester City to win 4-3 in an exciting curtain raiser for the new campaign. They stumbled in the next game as Stoke City defeated them 1-0. With the power in the attack, many expected the team to find a way even though they were away from home.

Liverpool played a 3-3 away draw against Watford in their first match and fought hard to defeat Crystal Palace by the slimmest of margins in the next game. Hosting Arsenal this early means they would have to be at their best to defeat them.

The Reds would not forget what Arsenal did years back at same Anfield. Fernando Torres, Dirk Kuyt and Yossi Bernayoun looked sharp on the night but club record signing Andrei Arshavin netted four times and almost handed the Gunners three points. The talented Russian forward played brilliant that earned the admiration of the entire football community.

This time Liverpool would be more carefully. They have an equally potent attacking side but would be hoping to better manage their defences that see them concede goals regularly. Philippe Coutinho, Trent Alexander-Arnold, Nathaniel Clyne and Adam Lallana are likely to be sidelined.

Arsenal should have Alexis Sanche back while defender Laurent Koscielny should be back from suspension. They have numerous attacking options and the midfield is impressive. While the confidence may be low, Arsenal might force a draw. A draw would not be a bad result considering the opposition but Klopp and his men would be seeking full points.